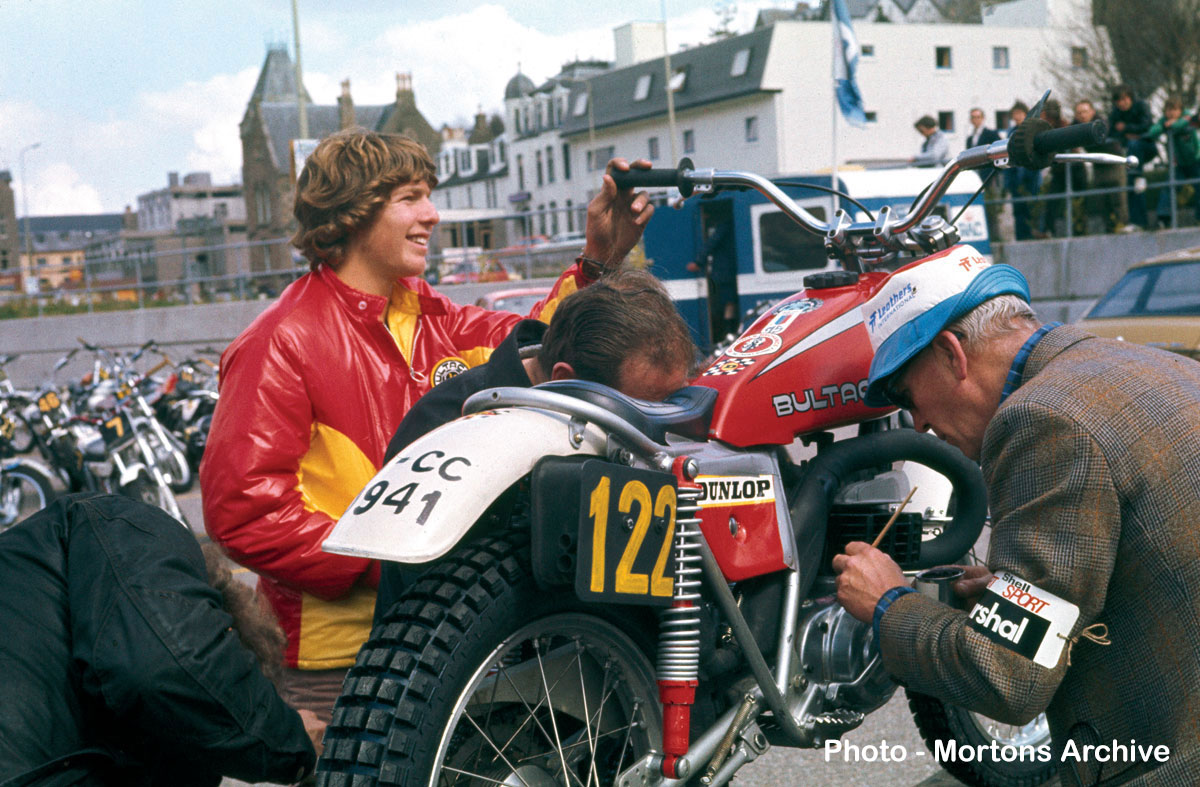 I’m proud to attend The Classic Dirt Bike Show as Guest of Honour in 2020.

“From the feet-up world there is 1979 world trials champion Bernie Schreiber. The Californian burst on the scene in the Seventies and was at the forefront of a new style of riding and ushered in the new guard of young guns.

When we interviewed Bernie for CDB in issue 47 he told us: “I never set out to change the sport but was focused on finding new ways to ride in the rules of the time…” That he did just that is irrefutable and his reward was a world championship for Bultaco. Though forever associated with Bultaco and SWM, his skills were displayed on many other makes too.”