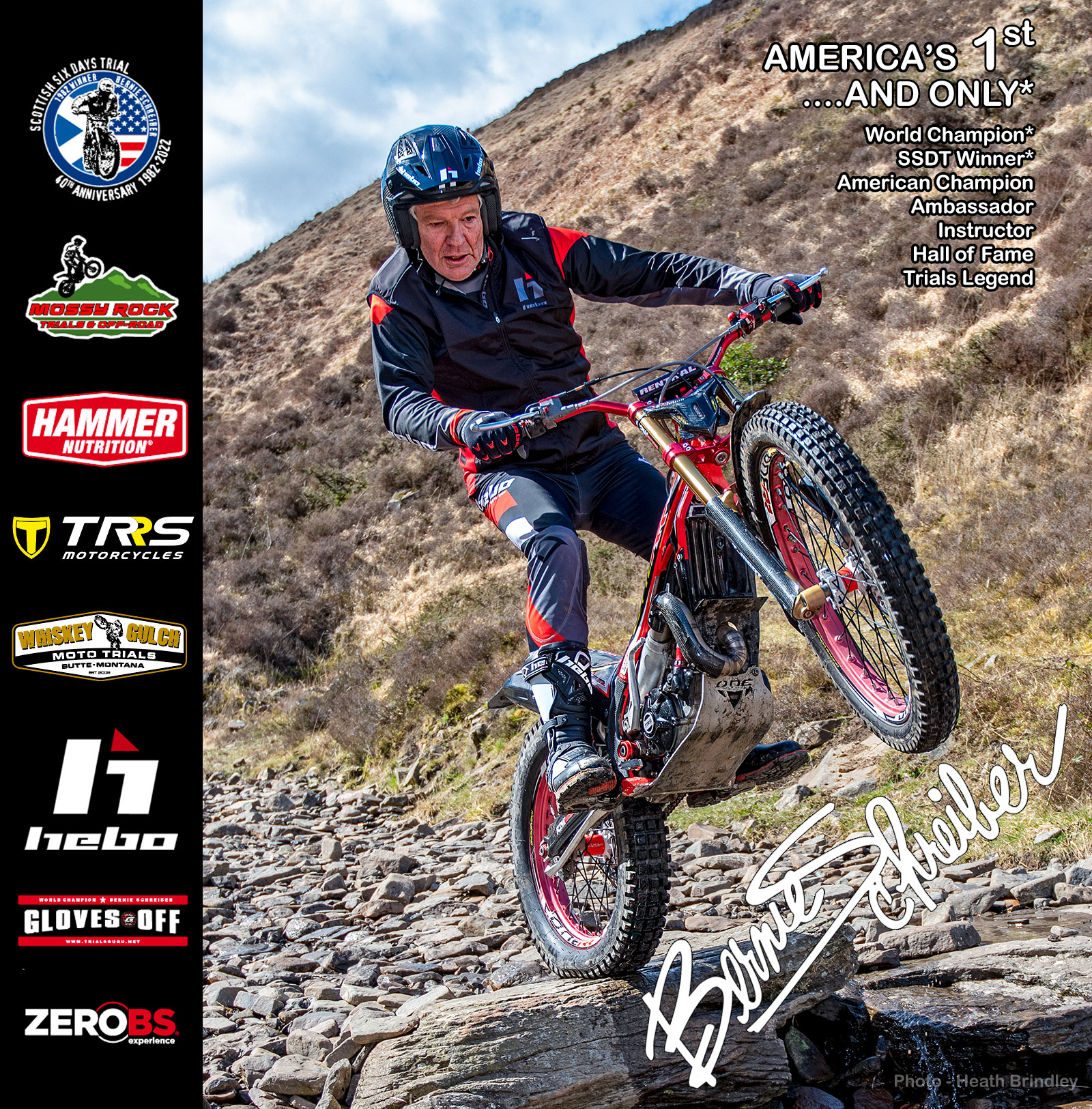 Born in Los Angeles, California, Bernie began riding trials at ten years of age, by aged fifteen he was considered the best rider in Southern California. Schreiber influenced the development of a new riding style by adding floating pivot turns and bunny hops to his hard-charges.

By 1977, he was ranked seventh in the world at eighteen years of age, contracted directly to the Spanish Bultaco factory.
A year later he was ranked third in the world, winning four of the 12 world championship rounds.

In 1979, Bernie won the FIM World Trials Championship for Bultaco, winning four of the 12 rounds, becoming the youngest champion ever in the process. From 1979 until 2004, Bernie was the only non-European world champion.

To this day he remains the first and only American Trial WORLD CHAMPION. In 1980, he was ranked second in the world, winning six of the twelve rounds, including a record four straight wins.

In 1982 Bernie fulfilled a lifetime ambition by being the first and only non-European to ever win the SCOTTISH SIX DAYS TRIAL.

As well as contracted directly to Bultaco and SWM, Bernie also rode for Italjet, Yamaha and Fantic.
His record of achievement in the sport is exemplary.
He is four-time American trials champion: 1978, 1982, 1983, 1987. 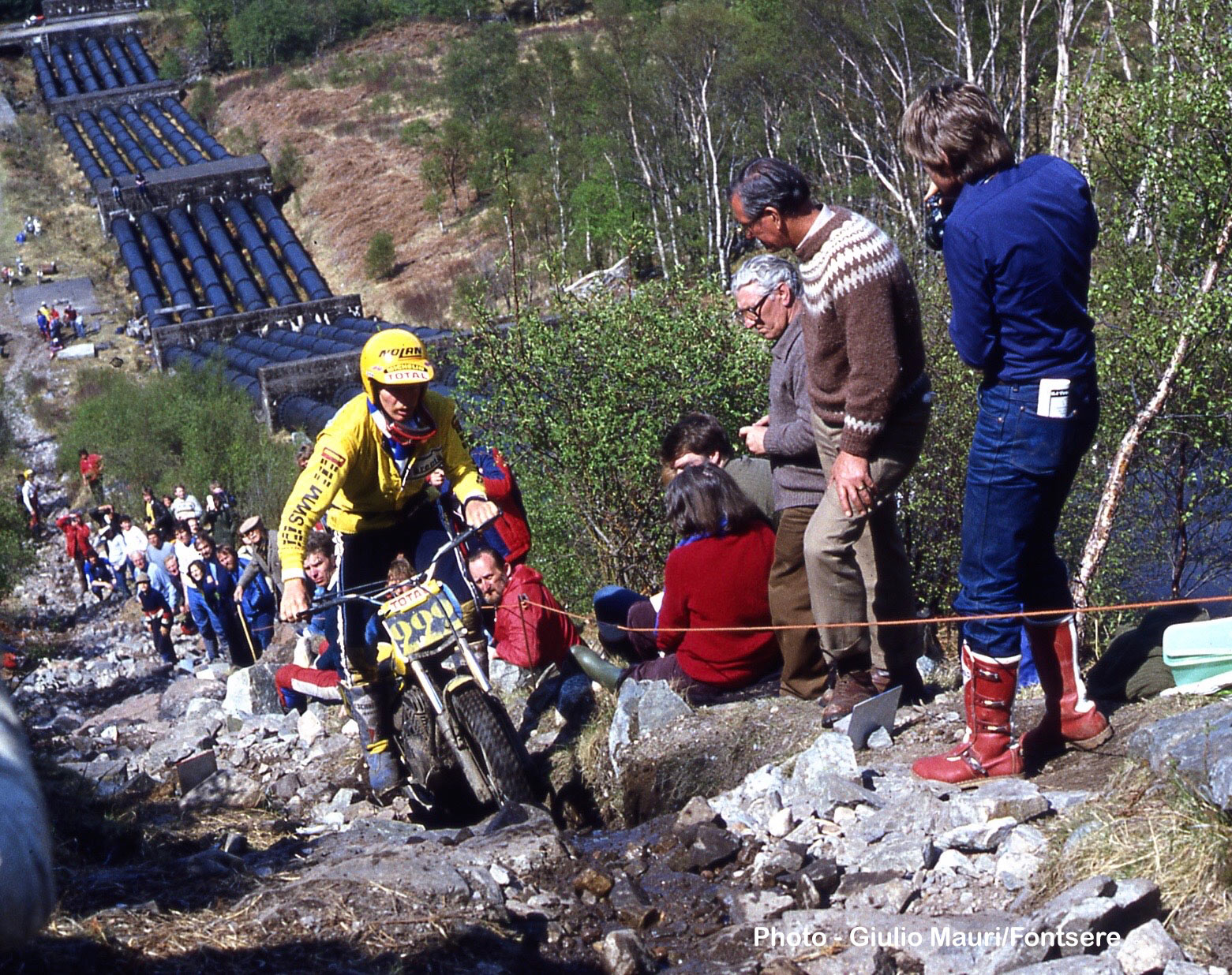 Bernie retired from professional riding in 1987 with a record of 20 World wins and 48 World podium appearances.

In 2000, he was inducted in the AMA Motorcycling Hall of Fame.
He also co-wrote the popular book, Observed Trials, with Len Weed.

Today, Bernie resides in Zurich, Switzerland with his family.
In 2019 he challenged himself again with Classic Trials events and coaching schools around the world.

Keep Your Feet Up